back to blog
January 08, 2020
Developers: Sometimes You Can Quit Your Day Job
byLori FraleighinBusiness

Today, I’d like to share the story of two members of the Samsung Developer Program community and the paths they took that allowed them to pursue their passions.

Developers: sometimes you can quit your day job!

First up is Melanie Lombardi, from Echo Visuals. Five years ago, she received a Galaxy S6 Edge device as a gift and discovered she could personalize her device with content from the Galaxy Themes store. Soon after, she saw a banner in the store that Samsung was accepting new applications for themes designers. She applied, was selected, and initially created a few free themes which consumers liked and downloaded. After that, she moved to create paid themes and began to monetize her work. She, and her husband John, focused on creating high-quality, animated themes that Samsung’s customers instantly took to. After a few years, she was able to quit her full-time job and turn her passion into a new business.

This business has now grown to seven full-time employees building content for the Galaxy portfolio of devices. As one of Samsung’s top themes sellers, Echo Visuals was one of the winners in this year’s Best of Galaxy Store Awards, which recognizes top apps and content.

As he built and sold watch faces through the Galaxy Store under the brand name Axeir, Tony found that he also loved being a part of the Samsung Developers community. He shared best practices with other designers and tips for getting discovered in the store. He soon realized “teaching” filled a void he never knew he had.

When a job opportunity came up for Tony to join Samsung as a developer evangelist, he jumped at the chance. For more than a year now, Tony has been advocating for our ever-growing community of designers and creating new tools to help them be successful. 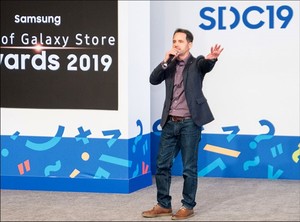 When Melanie and Tony joined the Samsung Developer Program, they never could have anticipated where it would take their careers.  To all of my peers in developer relations, how are you enabling those in your community to grow and discover new opportunities?  To all of the developers and designers out there, have you tried something new lately?  You’ll never know where it may take you.  Sometimes you can quit your day job and pursue your passion. 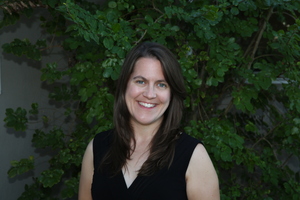 Lori Fraleigh is the Senior Director of Developer Relations at Samsung Electronics. She is an established industry thought leader in developer relations, software tools, development environments, and platforms. Lori is passionate about delivering an awesome developer experience and excels at breaking things. Prior to Samsung, Lori held similar roles at Intuit, Amazon/Lab126, HP/Palm and Motorola Mobility. Earlier, she led RTI’s developer tools business to a successful acquisition by Wind River. Lori started her career working on mission control software at NASA/Loral and is a Virgin Galactic Future Astronaut.